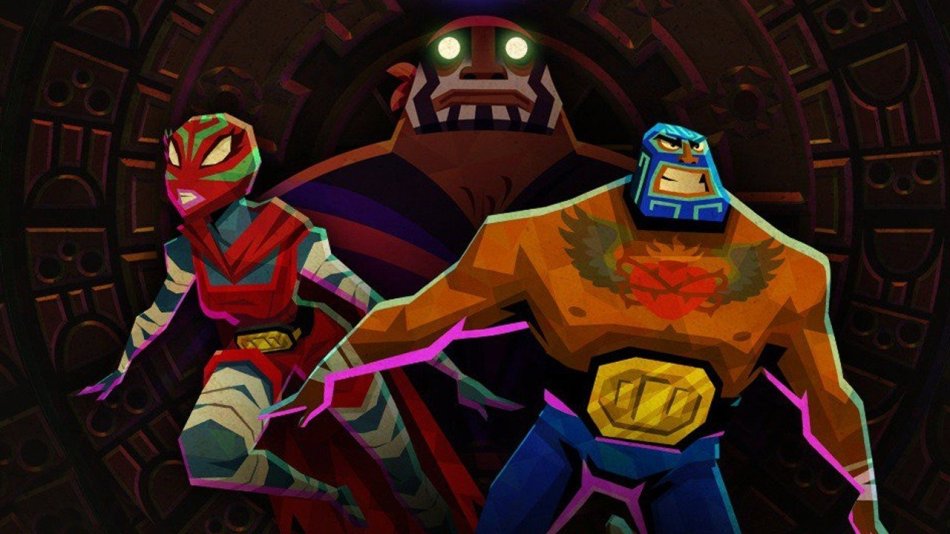 Guacamelee! 2 is a beat ‘em up, platformer game released for PS4 & PC on August 21, 2018. It was developed and published by Drinkbox Studios (@DrinkBoxStudios).

There’s a sense of pure joy that kept swelling up inside me during my playthrough of Guacamelee! 2. 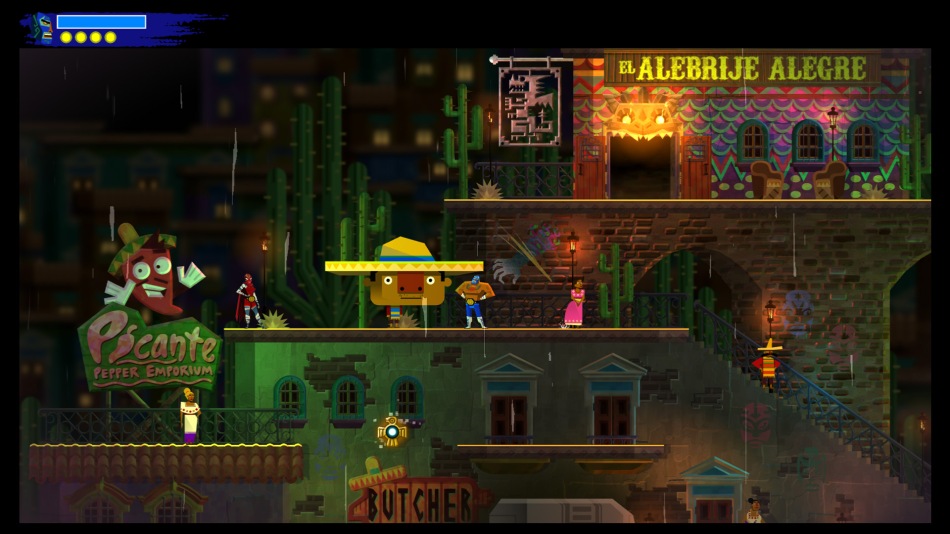 It’s hard to describe but a character would crack a joke or there would be a funny visual moment and I’d laugh or text my girlfriend about what just happened. Guacamelee! 2 delivers a hilarious and well-executed narrative paired with stellar platforming and beat ’em up action. That said, almost all of my joy came from the story and the characters that bring this game to life.

Of course, the original Guacamelee! beat-em-up, platforming formula is here, further polished and refined. The moves haven’t changed from the original but there is now a skill tree because every game now has a skill tree. Where you bought costumes with your coins in the original, you now buy upgrades. But I think what I loved most of all about Guacamelee! 2 was the wacky, 4th wall breaking story. 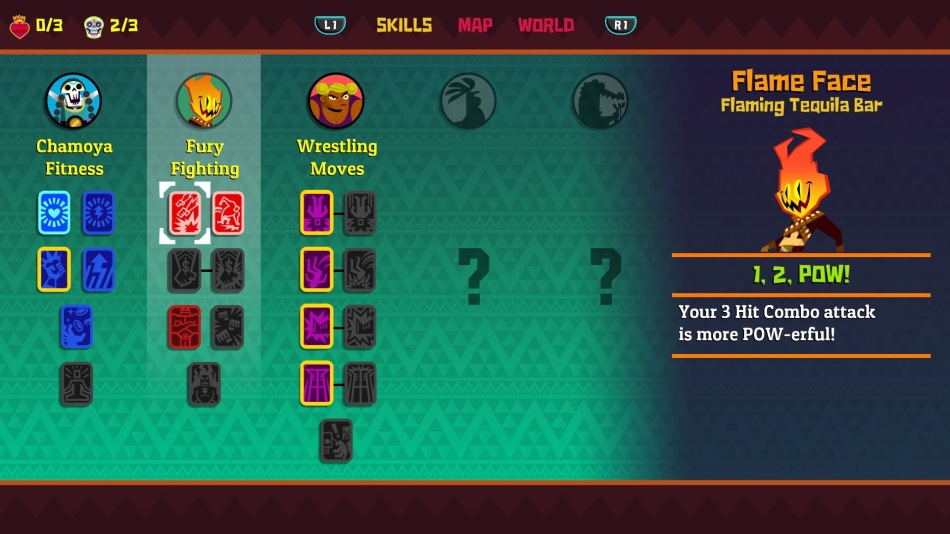 It’s just that it didn’t feel new, it felt like more the original Guacamelee! I’d played through multiple times across PS3, PS Vita, PS4 and Xbox One (I played that game way too much). Because in many ways it was the exact same combat, with a few new additions to Pollo powers and some upgrades to your existing powers. What did feel new was the sense of style and direction the game’s narrative took that genuinely surprised and excited me.

Of course Guacamelee! was never a game that took itself too seriously, you can transform into a chicken and take tutorials from a mystical goat man. But the way Guacamelee! 2 leans into its campy nature and delivers so many terrific moments brought many smiles to my face. Juan now sets out on a mission to save the Mexiverse from total collapse, jumping across timelines to find and stop Salvador and his cronies.

From the sheer amount of easter eggs and references and parodies of other indie games to the way the game made fun of its own mechanics, it all came together in a game that kept surprising and delighting me from the very beginning. A dark timeline mimicking Limbo‘s art style, posters with references to the new God of War and jokes about the Guacamelee‘s own dumb mechanics like upgrades from smashing statues… which is a Metroid reference. Meta… 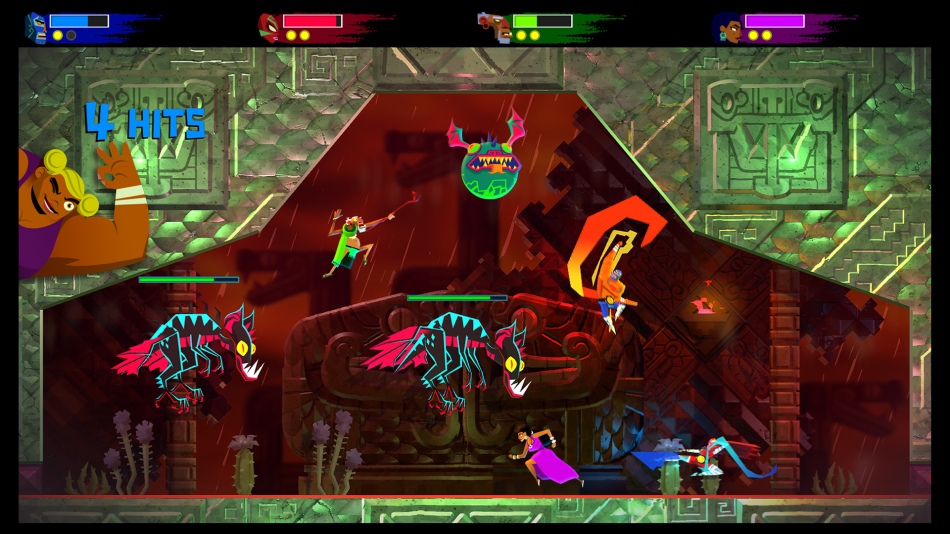 Guacamelee! 2 elevates the joy the original brought me to a new level and delivered a delightful story with a cast of unforgettable characters. It’s a gorgeous game with an enchanting world made a pleasure to explore with its fluid platforming.