Another year, another slew of amazing and memorable experiences. Some of these experiences I knew I was going to enjoy and some of them caught me completely off guard. But all of these experience rose to the top as stand out moments in my gaming life this past year. So here are my top ten games of 2015. 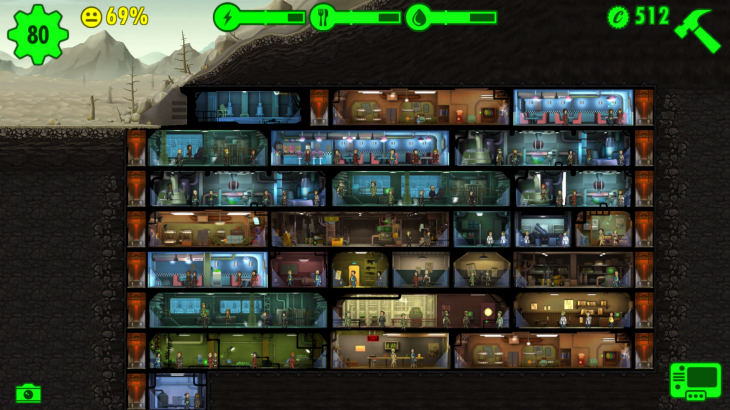 The greatest E3 “Available Now” moment I’ve ever seen was when Bethesdad Tod Howard introduced the world to Fallout Shelter. What is essentially a Fallout themed resource management game like Tapped Out or Tiny Tower the most endearing thing about Fallout Shelter is how much it embraces the themes from the games in the franchise. Adopting the Fallout Boy character model for the vault dwellers makes a new game feel very comfortable and familiar.

The aesthetic of the vault is very familiar to me from having played previous Fallout titles and it means so much more to me as a fan of the series than it would have been as a new concept. The countless hours I spent playing this game on my phone while waiting in line for something or just at home on the couch speak to how enjoyable it is for fans of the genre. 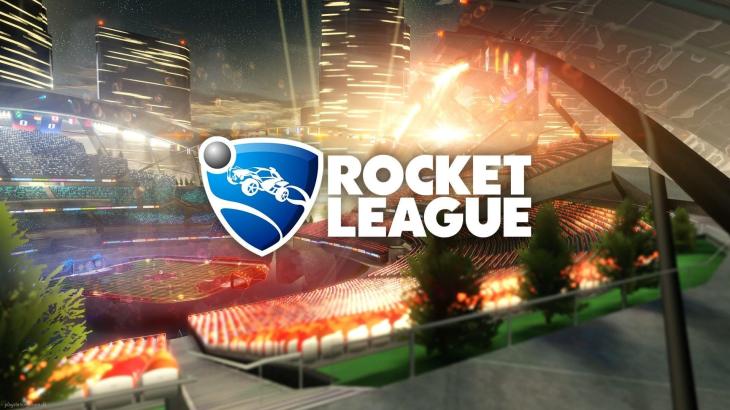 The sports game that came out of nowhere and took over the world. I first jumped into Rocket League when it was free with PlayStation Plus. Making it free was a great move by PlayStation and developer Psyonix to get the game out there and get it moving. Once the community erupted around this game it was hard not to get caught up in the excitement and the countless hours of rocket propelled soccer action. For more in depth thoughts on the game check out my review. 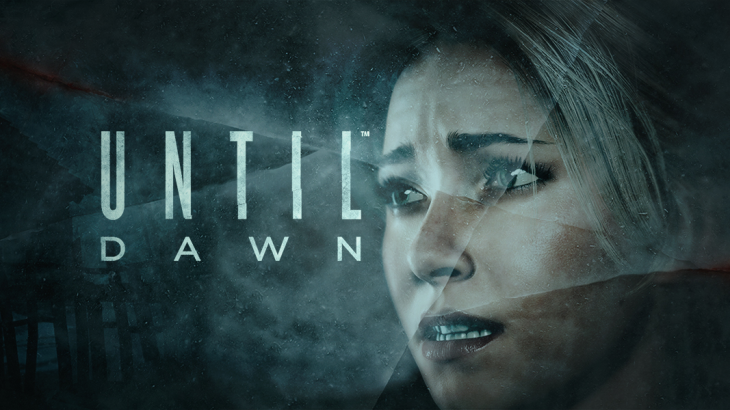 After spending several years in development hell fans, including myself, had grown skeptical of Supermassive’s new AAA game. When Until Dawn launched in August I was hesitant to buy it. It seemed to be another glorified walking simulator that I had grown bored of in TellTale games. But after my girlfriend insisted I buy it I found out that it was much more than that. It does have the core formula that TellTale uses in their games. Walk around, pick up things, talk to people, run away and execute quick time event but Until Dawn is much more special than that. The characters, setting and story are all original and not taken from a pre-existing franchise. The symphony of horror tropes spun within a unique story are what make Until Dawn stand out from the other games of 2015.

This is a game made for virtual reality but one that I played on the computer with some classmates. It’s a great concept. Work together with your friends to diffuse a bomb. One of you is at the bomb and can see it while the rest cannot see it but they can see the manual, which you cannot. Working together you need to solve increasingly difficult and complicated puzzles. This player interaction pattern created a lot of hilarious and frustrating moments for me. One in particular happened when we were helping my friend Lukas diffuse the bomb. We were on the last panel and asked him how many yellow wires there were. He said none so we told him to cut the last wire. He did and the bomb exploded. Only after the fact did he tell us that he was colour blind. Moments like that are what make this game so memorable. 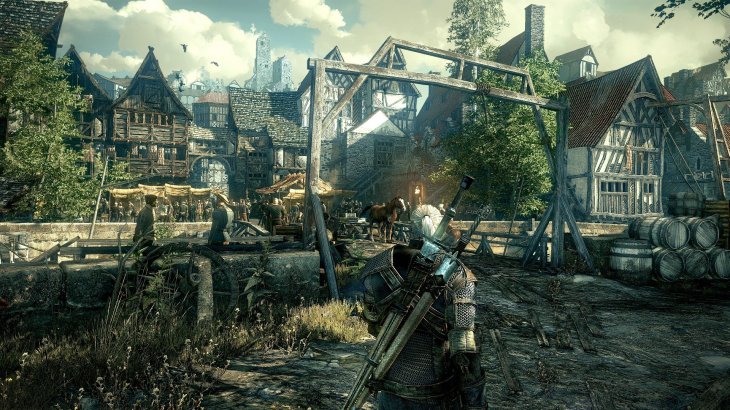 After only getting about twenty hours into The Witcher 2: Assassin of Kings I knew roughly what to expect from the series but even those meagre expectations were shattered by everything Witcher 3 had to offer. This gorgeous, massive, immersive and impressive open world experience is one of the greatest moments in gaming this year and so far this generation of consoles. Every quest feels meaningful and a natural part of the world. The world itself feels so real despite being so fantastical. It feels like I am stepping into a world that has existed for centuries and will exist for centuries after. There is even a whole game within this game called gwent which is a tighter deck building game than most of the ones I’ve played in real life. Everything that Witcher 3 does it does well and with a real sense of purpose and thoughtful design.

As I said in my review, Downwell is a gem. It’s focused, its gameplay is sound and perfected and best of all it is a joy to play. There is nothing that takes away from the focus of Downwell and that’s what makes it such a special game.  Antoine de Saint-Exupry once said that “a designer knows he has achieved perfection not when there is nothing left to add, but when there is nothing left to take away.” I believe that Downwell designer mopppin realized this philosophy when making this game. There is nothing I would change about this game. It is distilled and refined to the point of perfection. The action and the characters and the sound are all wonderful and I was constantly delighted as I descended down into the well.

Having previously failed to get into games like Dark Souls and Demon’s Souls after trying for several hours I had given up on the sub-genre. That’s why when Bloodborne was announced and shown off for the first time I was very intrigued. Would this be the game to get me into the incredibly hardcore, controller-smashing style of game that had failed to engage me before? Yes, yes it was. Bloodborne is better than its spiritual predecessors in every conceivable. It’s faster,  it’s prettier and most importantly it’s not excruciatingly frustrating. Don’t get me wrong, I still died constantly. But it wasn’t to the point where I didn’t want to play anymore. I always made enough progress in between deaths where I learned how to not die that way again and came back to that spot more prepared.

Titan Souls was one of those games that I hopped into knowing nothing about it other than a few screenshots and the cover picture of the little boy holding a bow and arrow. Intrigued by this and having no other information about the game I was going to experience I delved in with fresh eyes. I’m very glad that I did. The only enemies you encounter in this game are what would be the boss battles in other games. It was very reminiscent of the dungeon bosses from Zelda games. Except only dungeon bosses and no minions. And you only have one heart. Oh yeah, and you only have one arrow. It’s a game that challenged me to discover the world and how to master combat with no tutorial whatsoever. You simply wake up in world and begin to explore. It’s a delightful experience.

Rocksteady’s conclusion to its beloved franchise came out this past June much to my excitement and to my sadness. This is the last time I will get to be excited for a Batman game. Ever since 2009 when Arkham Asylum showed the world what a good superhero game was the franchise has been very near and dear to my heart. So knowing that this is the last time I would glide over the streets of Gotham and take out the villains lurking within made the game extra special for me. The inclusion of the Batmobile, while controversial and off putting for some, was an excellent feature and felt like the last piece whose absence was preventing me from truly becoming the Batman. Arkham Knight has an amazing story, refined combat and is an incredible conclusion to one of my favourite franchises.

Hotline Miami is one of the best games to come out of the last generation of consoles. It took the familiar twin stick shooter formula and spun it on its head by adding so many different ways to take out foes. So the pressure was on Hotline Miami 2: Wrong Number to deliver. And did it ever. Hotline Miami has always had a wholly unique story and Hotline Miami 2 takes that crazy, drug infused story and runs with it. By including multiple playable characters and various perspectives the game makes progressing through the story all the more interesting and engaging. New weapons and kills find their way into the mix as well. And it wouldn’t be a Hotline Miami game without and absolutely amazing soundtrack. This game features almost double the amount of songs that the original did and all of the same quality and awesomeness. Hotline Miami 2: Wrong Number is undoubtedly the greatest game to come out of 2015 and is an experience I will remember for many, many years to come.

Games still to beat from this year: