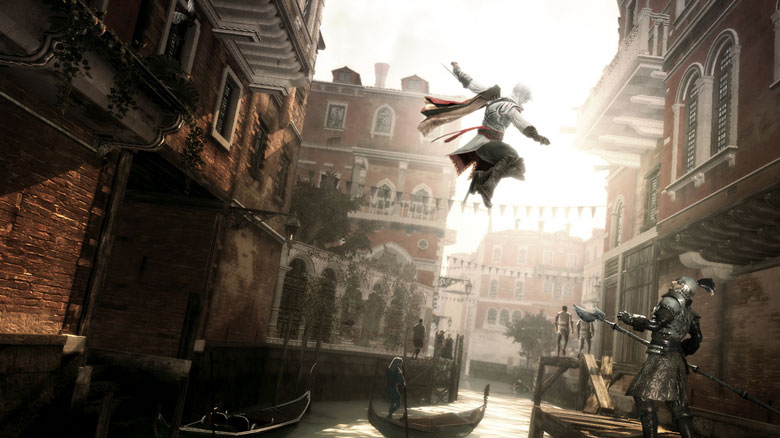 Often times sequels can be cash grabs at the success of an original idea, but other times a sequel cuts away all the worst parts of a game and polishes the best bits offering a more focused, polished experience. These are the games that do that.

The original Assassin’s Creed is widely considered as not a great game but rather as proof of concept. It was a new idea on new consoles and it feels very much like a game testing the waters. But Assassin’s Creed II sheds all of its predecessor’s shortcomings and keeps the things everyone loved about the original: the parkour, the gruesome assassinations, and the beautiful settings. Assassin’s Creed II tells a great story and gives us a character much more fleshed out than the two-dimensional, brooding Altair from the original. Ezio Auditore’s story of betrayal and revenge is engaging. It gives us a reason to care and is bolstered by an excellent supporting cast including the great Leonardo DaVinci. Climbing up colourful, Venetian architecture and stalking your target, waiting for the perfect moment to strike is very satisfying. Requiescat in Pace, indeed.

Mass Effect was the first western RPG I ever played. I was blown away by how deep and rich the game was. The skilled team at Bioware in Edmonton had built a world that felt alive and real. Which made my expectations for the sequel that much higher. Those expectations were met and surpassed when Mass Effect 2 delivered new, tighter combat and a whole new epic story to command my Shepard through. Everything about Mass Effect 2 is beautifully designed and thoughtful. Each member of your crew feels unique and I couldn’t wait to learn more about them and help them with their problems. The second Normandy is also wicked cool, elevator loading screens and all. Mass Effect 2 is probably my favourite Western RPG of all time and for good reason. Wrex. Shepard. 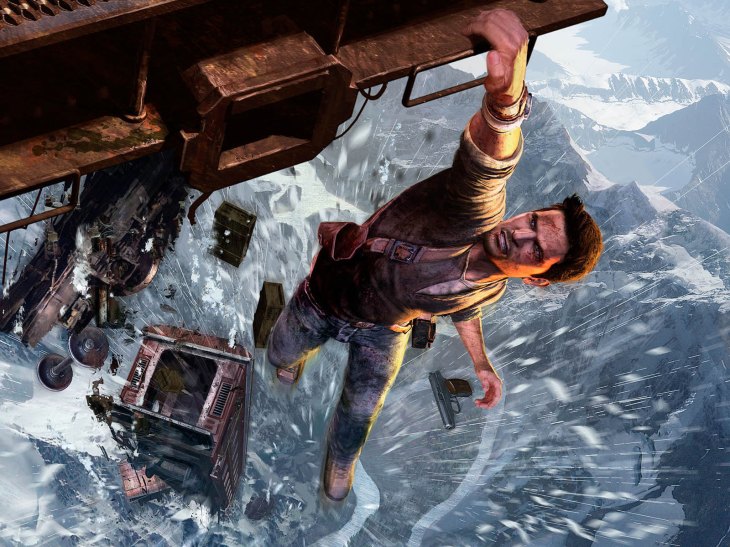 The first Uncharted was delightful. It was a great coming out party for Naughty Dog on the PS3. But it was only laying the foundation for what would ultimately become one of the PS3’s greatest games: Uncharted 2. Spinning a beautiful story and set against fantastical settings, Uncharted 2 is leaps and bounds better than its predecessor. Combat and climbing feels very much like the player is controlling Indiana Jones. From breaking into a museum in Turkey to climbing up a broken train hanging off a cliff in the Himalayas I was constantly on the edge of my seat in awe and anticipation. And always a little saddened to hear the Vuvuzela accompanied by Sully’s pleading “NAAAAATE!”

Killzone on the PlayStation 2 was a great game. It was an excellent shooter with an interesting story at its core. And despite a hyper exaggerated trailer, Killzone 2 was a marked improvement on the PS2 classic. Picking up right where Killzone’s story left off was an excellent start and immediately got fans of the original back into the action. Fighting through the streets of Helgan in an almost guerrilla (sorry) style warfare is tense. Bouncing my grenades off walls and around corners to the shrieks of my dead-eyed foes felt awesome. And Radec. Radec is a bad ass.

Halo: Combat Evolved’s success on the original Xbox was extraordinary. It was the first massive, first-party success that Xbox had ever seen and was instantly recognized as the reason to own an Xbox console. So needless to say expectations for Halo 2 were high. So in November of 2004 everyone eagerly popped in the game that would arguably go down in Halo history as its greatest installment ever. Halo two introduced dual wielding to players for the first time creating awesome new multiplayer experiences. And multiplayer truly was the reason to own Halo 2. Introducing Xbox Live and allowing players to connect with each other world wide really was when the Halo community established itself and starting becoming the huge fan base that it is today. It’s safe to say that Chief didn’t miss.

A lot of people missed Borderlands, myself included. So their first introduction to the tongue and cheek, Psycho infested world of Pandora wasthrough Borderlands 2. With a seemingly unlimited supply of guns and explosives generated by the game’s unique weapons system Borderlands 2 thrives on a formula of kill, loot and repeat. A formula that is fun and rarely tiresome. Borderlands 2 also has the crudest and funniest writing I’ve experienced in a game rivaling other masterpieces like Portal 2. Borderlands 2 is an instant classic. Give it a try and tell Butt Stallion I said “hey”.