Ever since I hopped on my first Warthog in Halo and ripped through hundreds of Covenant goons I knew that there would always be a place for vehicles in video games. To what extent I would come to appreciate and even adore different vehicles in games I’ve played is something else entirely. So I decided to make a list that aptly described my feelings towards my favourite vehicles from games I’ve played throughout the years.

From the first time I stepped onto the bridge of the Normandy and told Joker to take her out of orbit I knew that this ship was something special. Your home for the duration of Bioware’s epic trilogy quickly becomes familiar and even comfortable. You know where each member of your squad is and what they’ll be doing. You know where your locker is and where to gear up for the next mission. And you feel like such a badass stepping up to your command terminal and picking a system to fly to in the Milky Way. The Normandy is the closest I’ve ever felt to commanding Star Trek’s Enterprise and that’s a very, very good thing.

Nothing feels quite as good as doing a barrel roll in the Arwing. Swooping through space blasting through ships and dodging incoming shots is second nature when I’m flying the Arwing. It feels right and more importantly it feels good. The Arwing is such a unique looking vehicle. It’s not the stereotypical bland, grey space ship. It feels alive like something out of a Star Wars movie. Keep on doing barrel rolls. 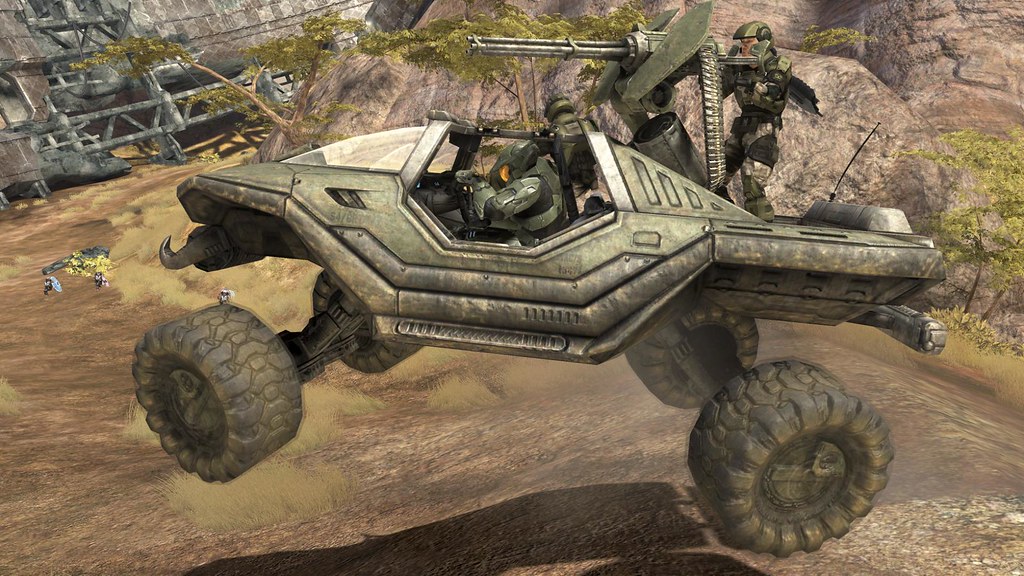 Arguably one of the most iconic and well recognizable vehicles in games today, the Warthog is THE quintessential videogame vehicle. The way it slides across the ground like it’s always on ice is very distinct and comfortable feeling to those who’ve been playing Halo since the first one came out back in 2001. And who can forget the badass feeling we all got at the end of Halo 3 as the world around us was crumbling and you were on that Warthog pushing to the exit and barely making it. One of the greatest endings in a game and made all the more epic by the inclusion of the Warthog.

Before Captain Falcon was punching he was driving. Fast. Like, really fast. He and the Blue Falcon were ripping up race tracks from here to other planets so fast that they probably permanently broke the sound barrier. The first F-Zero games were so fast that when designing them they had to make the track move instead of the car because the SNES couldn’t handle it otherwise. F-Zero was a game that pioneered the arcade racer. Without it we might not have so many of my favourite racing games. LIke this next game.

The seminal kart racer and the favourite childhood game of so many people out there, Mario Kart and his red go kart are very well known in the world of video games. I remember playing Mario Kart 64 for the first time when I was four with my aunt thinking, “this is so cool! Mario can drive!” That feeling has stuck with me and carries into my modern Mario Kart experiences with Mario Kart for the DS and most recently Mario Kart 8 which is the best one of them all.

The X-wing is such a well known ship you can identify it by its sound. Its fantastic. Which is why it was all the more awesome when it came to video games. Games like Rogue Squadron and Battlefront really nailed what I always thought it would feel like to pilot an X-wing. Zooming through open space flying under Star Destroyers and dodging TIE fighters is so cool. Thanks Lucas Arts, we miss you ❤

The opening shot of Arkham Asylum when Batman is speeding towards Arkham with Joker beside him is one of the coolest opening shots in any video game I’ve ever played. And the Batmobile continued to play a key role in the Arkham series all the way until it became playable in Arkham Knight. While the tank mode may have cause a lot of controversy in Arkham Knight there’s no denying that just driving around Gotham in the normal Batmobile is so cool.

My absolute favourite part of any Assassin’s Creed game is flying the famed inventor’s flying machine over Venice and the walls of the Doge’s palace to assassinate him. Swooping over the ancient city kicking archers off of rooftops. Finally being the eagle that has taunted me from sync points for so long. So awesome.

Hailed as the first game truly built for next gen Titanfall brought us one of the coolest war machines ever toyed with in video games. The first time you hear that whistling sound like a bomb falling over your head you get excited. Then an explosion of dust leaves the giant robotic Titan in front of you ready to wreak havoc. Prepare for Titanfall indeed.

Sly and the gang’s home away from home is the van. It’s where you plan your heists, choose your next destination and just hangout with the gang. It’s also what Murray uses to win keys from goons in the first game but we’ll forget about that. When it was lost in the second game a part of the team was lost too. That’s why its return in the third game was so special. It made that game all the more meaningful.

The first time I saw Samus’ dope ass spaceship was when the bounty hunter jumped out of it onto the Orpheon. From that moment there was a certain mystique that surrounded the ship, much like the mystique that surrounds Samus herself. There’s not much known about Samus’ Gunship. All that is known is that Samus is badass so whatever ship she uses must be badass too.

This just had to make the list because of how much I hate it. Whether it’s the clown car or the annoying little prick driving it something about the whole get up just irritates me. So much so that I really do think it’s one of the most notable video games vehicles ever. 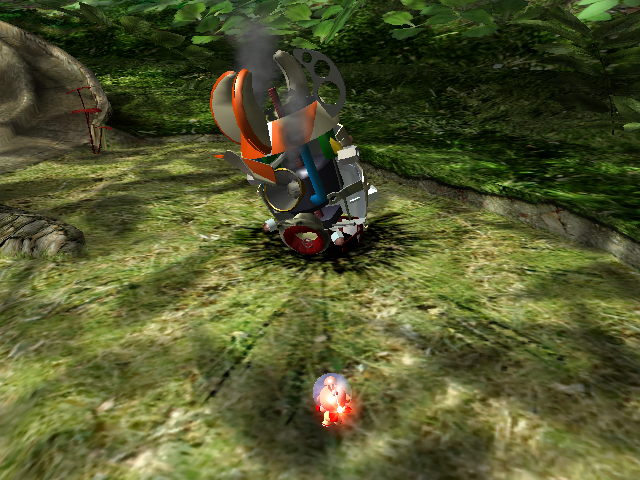 The S.S. Dolphin is just the cutest most endearing vehicle ever. Movies, games, books it doesn’t matter. Captain Olimar and his band of little fruit capturing miscreants call it home and that’s why it’s awesome. Even though it’s not the most reliable. But when it does crash it at least has the decency to crash on a planet full of helpful creatures that get you back on your feet.